“One of the most powerful books this year.” —CBS “One of the most powerful books this year.”
—CBS 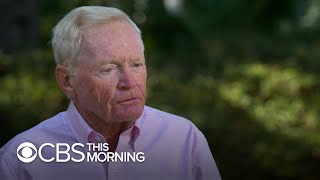 A graduate of Georgetown and Princeton Universities, he fought as a Marine grunt in Vietnam. He later served as Assistant Secretary of Defense under President Reagan. His ten books include The Village, that has been on the Marine Commandant’s Reading List for 40 years; The Strongest Tribe, a history of the Iraq war that was a New York Times Bestseller; and The Wrong War, a history of the Afghanistan war. Owen was an energy futures trader for twenty years before serving as Assistant Secretary of Defense for Special Operations from 2017-2019.

Owen attended Harvard University on an ROTC scholarship and rowed for the nationally ranked heavyweight crew team. He served for six years in the Marine Corps and led an infantry platoon, an infantry company, and a reconnaissance platoon before departing to attend Stanford Business School. At Stanford, he was co-president of his class. Before entering the Pentagon, he was a partner at Goldman, Sachs, where he served as the head of Global Natural Gas Trading and co-head of Global Power Trading. He is the founder of the firm’s Veterans Network. “West successfully brings the war back home in all its agonizing and illuminating detail. From the combat stories of those on the ground all the way up to the White House, West [is] uniquely placed to write a chronicle of the fight. The narrative truly shines."

—The Christian Science Monitor (review of No True Glory)

“Bing West has reconfirmed his standing as one of the most intrepid and insightful observers of America’s wars. . . . One Million Steps reveals the essence of small-unit combat, the very soul of war.”

"Pure Hemingway in the best sense of that characterization....West brilliantly portrays the drama of a war few Americans have known."

—Pacific Affaris review of The Village

“The single most important book to come out of the wars in Iraq and Afghanistan.”

—Dave Grossman, author of On Killing and On Combat, review of The Snake Eaters

“Gripping, disturbing . . . an unholy combination of Black Hawk Down and Catch-22."

—Kirkus review of The Snake Eaters

"The novel makes plain the complex no-win strictures of do-good, media-moderated conflict, and a perfect, stunning conclusion leaves the reader revved for more from this engaging author."